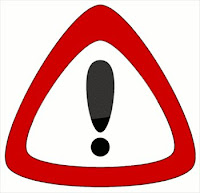 I was in Hobart last week, including attending a meeting on 'restrictive practices'.  The meeting was part of the ASSID (Australian Society for the Study of Intellectual Disability) 2009 conference program .

The meeting was intended to be a small committee-style meeting but the room soon got overrun by the sheer numbers of people wanting to be involved in the discussion.  This is obviously a topic of concern for many.

Though a common definition seems illusive, 'restrictive practice' basically refers to situations where the paid support staff take measures to restrict someone who is exhibiting 'behaviour of concern', also known as 'challenging behaviour'.  Restrictive practices can include physical restraint, such as tying someone down, chemical restraint like medication, seclusion (locking someone up) and mechanical restraint such as applying arm splints or disconnecting the power supply to a person's motorised wheelchair so that the person is immobilised.

Though initiated in the name of safety, such interventions are no picnic for the person so restricted.  These practices are dehumanising and should not be part of the repertoire of human services.

At the Julia Farr Association we've begun our own exploration of this topic, and the Hobart meeting has confirmed what we've learned so far.  Namely, that these types of practice are used far too often in human services and not always as a last resort, and reflect the failure of human services to really understand the person behind the 'behaviour of concern'.  As I've mentioned elsewhere, all behaviour has a purpose and if we don't get to know a person sufficiently well to understand the reasons behind the chosen behaviour, then we are truly neglecting a duty of care - ironic given that 'duty of care' is usually the stated reason for using a restrictive practice.

'Behaviours of concern' can often emerge because of a person's experience of services.  And when you stop to think about it, this isn't a surprise.  Even though choice and control are important to all of us, we tend to set up service arrangements that specifically compromise these values.  We house people together not because of their choice but because they have similar 'issues' or because its convenient to the service provider or because it's apparently economic for the public funder (which it ultimately isn't).

These arrangements, which also separate people from ordinary valued opportunities in the wider community, would easily unsettle any of us.  Add to this mix the person's heightened sense of vulnerability because of their disability, which may include difficulties in making their views known, and we have a situation ripe for 'behaviours of concern' to emerge.  Frankly if I was placed in such arrangements I'd get pretty challenging too.

The simple fact is that if we put services in place that don't fit well with a person's preferences, than all we are really doing is containing people and keeping them diverted.  This is not a recipe for a rich life, and people so served make this known in whatever way they can.  And then they get labelled by the very same service system, which may then put in place restrictions that frankly make matters worse.

Three main things need to happen.  First, we need legislative and regulative arrangements across Australia (step forward government and get stuck in to this issue) strong enough to discourage and prevent service agencies from using such practices.

Second, disability support services need to be fundamentally redesigned in the context of personalisation, where we build supports around each person's circumstances, rather than 'fit' people in to pre-purchased block contract services that are so horribly depersonalising.  This isn't as expensive as it might sound.

Third, we need to build connections into local communities.  Until we intentionally build personal networks into the lives of our most vulnerable citizens, until this is a routine habit of all human services, then people living with disability will continue to experience exclusion.

In the meantime, if you see restrictive practice, name it and shame it, because there must be a better way.