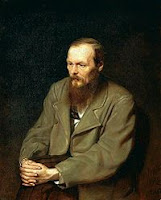 I was at a meeting recently that, among other things, explored the topic of 'disability hate crime'.  The presenter outlined a number of crimes over the past few years, sometimes involving fatalities.  The common strands were that the victim was often an adult man living with with intellectual disability, living relatively independently but vulnerable to being exploited.  It wasn't easy to listen to the stories.

It is my view that it is far too simple to refer to such incidents as disability hate crimes.  I cannot believe that there are significant numbers of people out there who feel hate towards people living with disability. Instead, I think the explanation is simpler.

First, lets have a quick exploration of this thing called 'hate'.  As humans there will be things in our lives that we have no experience of.  When we have no experience of something, we are naturally wary of it, and this uncertainty can bring feelings of nervousness, a feeling not so far removed from fear.  When things make us feel this way, we may go out of our way to avoid the thing, and we may even resent (hate) it for making us feel this way.  for example, I have met several people in the UK who say they could not live in Australia because they hate snakes.  This is based on absolute no experience of snakes, and instead is constructed on a misrepresentation of snakes as nasty.  The fact of the matter is that snakes aren't inherently nasty and don't go out of their way to torment people.  And it doesn't have to be snakes.  Public speaking, spicy food, air travel, meeting new people, any number of things inherently fine in themselves, have become the subject of wariness for some people.

Instead I think the explanation is more straightforward.  People living with disability have a greater vulnerability, and there are some people out there (hopefully few) who take advantage of such vulnerability.  It's arguably easier to steal a bag off someone in a wheelchair, who may be in less of a position to give chase.  I therefore think that people living with disability are more likely to become the victims of crime because they are vulnerable, not because they are hated.

Unfortunately, in our rush to protect people with such vulnerability, we have placed them in service arrangements where they are just as vulnerable to those people who have a propensity to take advantage of the situation.  Institutions, be they campus services or group homes, can render people invisible to the wider community, and therefore more vulnerable to exploitation and crime. Crime doesn't just happen in the community.  during my career I have encountered many stories of vulnerable people living in 'group' services who have been robbed, assaulted and raped.  For some this has been repeated for years. 'Safe' services aren't necessarily all that safe.

So really what we have here is a phenomenon called 'vulnerability crime', a better description of what is really going on.  Using the phrase 'disability hate crime' serves to misrepresent what community can offer citizens living with disability, and where in the name of 'safety' we in effect punish the person living with disability by placing her into group arrangements out of step with who she is and what she wants.  Fact of the matter is that if people living with disability have personalised community-based support arrangements with an emphasis on relationships and participation, they are much more insulated against abuse and crime than is otherwise the case.