Flying the Standard Part Two: being clear on the context

This is the second instalment looking at the review of the National Standards for Disability Services.  The first instalment asserted that the updated Standards (given that the current ones have failed) be anchored upon the goal of citizenhood.  This blog posting (the second of at least three instalments) looks at the language of the Standards.
For as long as I can remember there has been a debate about the words that are used to describe issues relating to disability.  We have seen some helpful developments, such as a move away from stark terminology like ‘handicap’ and ‘retardation’.  Meanwhile, we still encounter the views of those who might argue that there is far too much political correctness (often shortened to ‘PC’) and that we should just call it like it is.
However, it is through such accusations of being too ‘PC’ that people can trivialise what is in fact an issue fundamental to the way we support people who are particularly vulnerable.  This is because our language is the main way we transact our ideas about the world in which we live, it’s the main way we describe concepts.  If our choice of words is poor, then people’s understanding of, and response to, the concept will out of focus.
This is exactly what has happened in the language of the current National Standards for Disability Services.  The remainder of this blog posting looks at a big example of this, and the third instalment in this series on the Standards looks at another big example.
First, let’s look at this word service.  It’s right there in the title of the Standards, and its use provides the context for the Standards.  As the title suggests, the Standards relate to service.
I’m not a big fan of the use of the word service because it is an agency-centric word.  What I mean by this is that the word service focuses attention on the service agency because it is the agency that is delivering the service.  It conveys the impression that disability services are an end in themselves, and that the only important things in the life of a person living with disability are the formal services that the person receives.  If we persist in using the word ‘service’ in our national standards, this means we persist in seeing people living with disability as service recipients only, where the sum of their life is measured in terms of access to formal services.
By the way, I know that many people will be reading this and thinking, “hang on, service is important, it’s just that we‘re not getting enough (or any) service”.  I understand that view, and I’m not saying that getting a decent service isn’t important.  I’m saying that a person should be viewed in terms of the life they wish to lead, not by their dependency on formal services.  As such, the Standards should be setting the mark for how people are supported to move towards a life of choice and inclusion, not how agencies deliver formal services.
Unfortunately this is what the Standards create by using the word service, and this in turn is supplemented by the use of the word consumer throughout the Standards document, language that reinforces the idea that service, and its consumption, is the only important thing for a person living with disability. 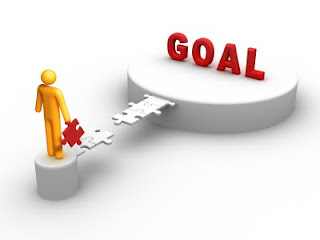 As an alternative, I prefer the term support.  This is a much better word because it is person-centric.  What I mean by this is that when we support a person, it is with a view to that person moving towards something that is personally important.  And the only way we can properly support a person is by getting to know that person and what it is the person wishes to move towards in her/his life.  In this way, the person’s life and the person’s goals (instead of the work of the service agency) become the context for the support.
This distinction between service and support may seem to some people to be a minor distinction, but the words we choose can and do set the scene for an entire service system, so it’s important to get those words right.  If we only ever think about formal services in our language, then that becomes the context for the way we assist people, and this in turn sets the context for people’s lives.  Whereas if we talk about support, then that covers a range of ways that people might be assisted into a good life, including and beyond formal services.
So how about we change the name of the National Standards for Disability Services, to something like National Standards for Supporting People Living with Disability?  Such language would perhaps allow us to get a little closer to ensuring that service agencies are offering authentic support to move people towards a richer life.
Next instalment – the standards and restriction.
Posted by Robbi at 1:42 PM