Imagine if, Imagine how, Imagine when 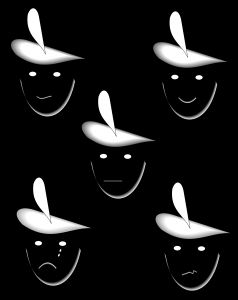 Mindful that a number of the over 2,500 readers of this blog will have previously reflected on the issue of group living, I think it important to regularly reflect on its problematic nature. So stay with me on this, and do post your comments if I’m missing something here.
The problem with congregated support is that the very nature of it makes it much harder to achieve authentic choice for people, and much harder to engage in community life in natural ways. No matter how a support agency might try to dress it up as a service model steeped in choice and inclusion (and having run several support agencies in different countries where congregate support was a feature of at least some of our services, I have done my fair share of such self-deception) the fact is that when a bunch of people are required to live together there are inevitable compromises.  Sometimes in life, such compromise is freely entered into.  For example, many of us might have experienced shared living (and therefore a commitment to compromise) at various points in our lives, be it with family, with co-students, with flatmates, with partners.  However, we do not typically make longer term decisions to live with people we didn’t know previously or without a deeper mutual commitment to share our lives.
If such imposed compromise of shared living weren’t enough, group homes have an extra constraint – the staffing arrangements.  Most of us don’t have a procession of people coming through our daily lives who are paid to be there, and for whom our homes represent their workplaces.  And most of us don’t have our daily choices shaped (and curtailed) by the relative availability of paid support staff, which is the inevitable consequence when there are less staff than people being supported.  The fact that the paid support staff have to share their efforts across a number of people means that some choices cannot be entertained because  a staff person cannot be in more than one place at a time.
Why on earth might we think that such arrangements are acceptable?  After all, for those of us who don’t live in such constricted arrangements, we are unlikely to nominate such arrangements as our first choice should our circumstances change.  Why do we persist in making congregate support the main way by which we support vulnerable people? 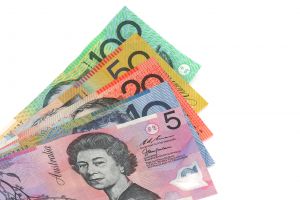 One answer, the easiest answer to come up with, is money, or rather the lack of it.  Issues of recurrent funding for support is an oft-cited reason given by jurisdictions for placing vulnerable people in shared living arrangements, be it a group home, nursing home, or other ‘supported residential facility’.  In my 25 years working alongside vulnerable people, I can’t ever recall a meeting between government and support agencies where the issue of funding didn’t come up. When we focus primarily on the issue of funding, we are making a fundamental mistake.  Funding is not the main barrier lying between vulnerable people and a good life.  A much larger issue that is stopping us from assisting vulnerable people into lives of choice and citizenhood is a lack of imagination.  When presented with the challenge of supporting vulnerable people into rich lives, and with funding that seems modest, our typical solution is to group people together.  This is profoundly unimaginative, so much so that it works against the values of choice and inclusion that most support agencies are meant to be subscribing to, and which characterise the personal standards that most of us set in our own lives.
If we authentically subscribe to the values of choice and inclusion, then funding levels need present no barrier.  I have recently visited with agencies, in both urban and rural areas, who are accomplishing highly effective individualised supports, without congregate living, and without congregate doing, and without rich seams of public funding.

Among other things, what such agencies have in common is an unshakeable commitment to choice and inclusion, the capacity to imagine how this might be achieved despite the dramas of public funding, and the gumption to take action now.
I believe that there are many support agencies who have a sincere desire to be helpful in the lives of vulnerable people, and will happily subscribe to the values of choice and inclusion.  Yet those same agencies often report they are constrained in their efforts by what the public funder is prepared to pay for. In which case, I strongly encourage those agencies to take a deeper look at the meaning of choice and inclusion, and how these can be achieved in ways that are uncomplicated by group responses.
I am very happy to talk more with any support agency interested in exploring now they might become more imaginative in supporting vulnerable people into rich lives of choice and citizenhood.
Posted by Robbi at 3:43 PM