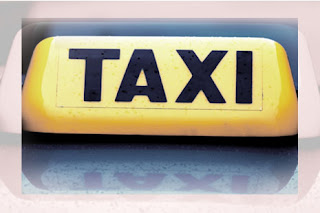 This week in South Australia the media has reported the difficulties that many South Australians living with disability encounter when trying to book an accessible taxi, especially at peak times such as Christmas.  The debate has now extended to include problems of finding enough accessible car parking.


At JFA we support the concerns that have been raised in the media by people living with disability, whose experience has all the hallmarks of apartheid, however unintended.  When apartheid was in place in South Africa, many people and governments around the world condemned it and contributed to the forces for change. This was because specific members of the community – black people - were not being given the same opportunities as other citizens. Why should we not react the same way to the current experiences of Australians living with disability?
Our view is that there should be a determined, systematic effort to ensure that all taxis are accessible, because everyone benefits from universal access.    Of course,this goes way beyond taxis and other public transport like buses.  It applies to every community building and open space that is there for the public.  It is not as hard as people might think to make our communities accessible  It starts with each of us being determined to see it happen.
For your interest, here follows an updated version of the article I wrote in the April 2009 edition of national disability magazine Link.


Australia's Aparthood (revisited)
I have cherished the ideal of a democratic and free society in which all persons live together in harmony and with equal opportunities. It is an ideal which I hope to live for and to achieve.
Hard to dispute, these words were spoken 48 years ago by Nelson Mandela responding to charges of treason and sabotage on the first day of his trial in South Africa.  Mandela was clear that he would not tolerate white domination, any more than he would tolerate black domination.  In pursuit of his ideal, Nelson Mandela spent the next 27 years in prison - truly an exercise in patience and determination. 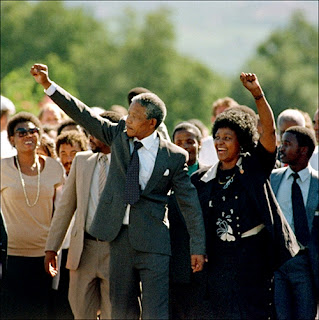 In the four years after his release in 1990, apartheid was dismantled.  These historic moments heralded the end of the blatant discrimination led by the South African government against black people.  The world breathed a sigh of relief as apartheid was finally vanquished.
As it is commonly understood, apartheid was a system of racial segregation that was enforced by the South African government shortly after the end of the second world war until the mid-1990s.  It is no accident that the word apartheid contains the word ‘apart’.  It is a Dutch/Afrikaans word meaning separation.  Translated literally into English, it means ‘apart-hood’.
Much of the world outside South Africa recognised this for what it was: outrageous, unjustified discrimination and separation of people based on a particular characteristic (their skin colour). Its long overdue demise was universally celebrated. But is apartheid – aparthood –actually consigned to history?
Consider the experience of people living with disability in Australia. Depending on the degree of a person’s support needs, he or she might have little choice other than to live in certain places, such as group homes with other people also living with disability.  Many children and young people living with disability may be directed towards a different, separate education, rather than having the genuine option of attending their local neighbourhood school.  People living with disability are under-represented in the Australian workplace, and many work in separate, ‘sheltered’ workplaces where the majority of their workmates are also people living with disability.
In Australia, it is harder for people with disability to use public transport.  For example, in South Australia, there are well over a thousand taxis but less than 100 of these are accessible to people using wheelchairs. I can imagine the uproar if South Australia set aside a small number of ‘special’ taxis for women, or for black people, and they weren’t able to access the others.
Often people using wheelchairs are treated differently, and often shabbily, when they want to travel on buses, trains and planes. Many community venues are inaccessible to people living with disability, which denies them the chance to participate in recreation, education and other opportunities.  People living with disability have to use separate restrooms – if they’re lucky enough to find one that is actually accessible.
We need to recognise that these arrangements have a lot in common with the practice of apartheid in South Africa.  Here in Australia, there is a group of people who, because of a particular characteristic (disability), are directed to special arrangements that tend to separate them from the rest of society, in housing, education, work, transport; and recreation. . As a matter of course, however well-intentioned, people living with disability have been set apart from the rest of the community. Aparthood is apartheid.
For many people living with disability, this enforced separateness is a prison where the bars are created by the negative attitudes of others and by inaccessible communities, and where each day's activities are about as meaningful as a prisoner breaking rocks.
Aparthood was unacceptable, abominable and inhuman in South Africa. Why should it be regarded any less so here?
At the moment, the Australian Government is putting the finishing touches to a national disability strategy, and its Productivity Commission is considering the future of disability support arrangements, as is the South Australia Social Inclusion Board.  . It is up to all of us to do what we can to ensure that the completed strategies genuinely address the underlying wrongness of our current disability support arrangements, rather than trying to patch-fix the existing system. 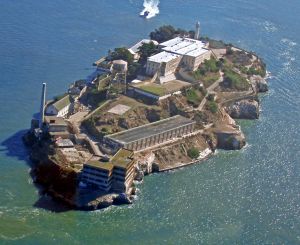 Key to this is the insistence that people living with disability enjoy equal access of opportunity, free from discrimination. It is the right thing to do. As a community we need to take action collectively.  Otherwise, like Nelson Mandela after his conviction in 1964, the Australian disability community will be breaking rocks in prison for a very long time.
Posted by Robbi at 4:40 PM