Active Support - what's in the box?

Active Support is a methodology for supporting people in their daily lives.  A number of Australian organisations are now using it, including in South Australia where it came to my attention.  Based on the delivery of a boxful of staff training and organisational supports, Active Support appears to have brought more direct personal support to people living with disability and correspondingly increased levels of engagement in their daily activities.  This has been particularly noticeable for people living in group home arrangements.
At risk of over-simplifying the approach, it seems to me that Active Support involves the careful orchestration of personal support to assist a person to engage in routine activities of daily life.  Intuitively, one might expect it to be based on a good understanding of the person, her/his current and potential capacities, and her/his preferences about the running of daily life.
When I first heard about Active Support, and how organisations were spending money to have it, my first reaction was to wonder why folk would pay for something that is so intuitive - isn’t this what any support agency is meant to be doing anyway?  Isn’t the whole point of disability funding to provide support to people, and if we assume that activities are involved then that support must be active, surely.
So I thought there were three possible scenarios here.  The first is that I don’t know what I’m talking about and so should quieten down.  This is entirely possible but if I assume this scenario then this blog posting stops here and that would be irritating.  The second possible scenario is that agencies could or should be doing this stuff anyway, it is part of the fundamentals of providing support, and they’re paying for it because they’re gullible and they really believe that the emperor is looking mighty fine in his new clothes.  But I don’t care for that scenario because it is not safe to assume that support agencies are this reckless with their resources.
The third scenario is that they are paying for the training because they have a concern that their current activities aren’t sufficiently supportive or active, and that they can do better.  So for the sake of discussion let’s go with that scenario.  In which case, I ask myself why public funds are being spent on those agencies if they’re not currently actively supporting people (refer to earlier comment about this being the point of disability funding surely).  But then I remind myself that at least some of the agencies rolling out Active Support are earnest in their endeavours and are seeking to do the right thing.  So I counsel myself that maybe this whole Active Support thing is way more complicated than I thought.  But then I chastise myself for such a thought.  There is nothing inherently complicated in the idea that a person living with disability seeking assistance to accomplish certain tasks, would expect the support agency (surely, logically, obviously, intuitively) to be focused on how best to assist the person with those tasks.   At this point I stopped having a conversation with myself (which was proving distracting for the people nearby) and I went and had a lie-down.
The lie-down may have helped because I then had a thought about what the issue might be.  It comes down to context, which I will examine in three ways – service context, lifestyle context and organisational context. 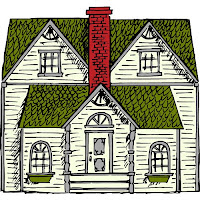 The first one, a biggie, is service context. The Active Support methodology seems to have originally emerged in group homes, and it is the inescapable fact of group home living that sets the context for Active Support.  The inescapable fact is that a group home is a group home, where people are being served as a group.  As hopefully most of us now accept, any arrangement that serves a group of vulnerable people together is far more likely to struggle in providing individualised (also known as personalised)  support.  Staffing levels in such enterprises aren’t necessarily geared to deliver personalised supports because they are framed by the funding available.  Such funding in effect says that the funder is not prepared to pay for the full costs of someone being supported to live in their own place.  One can only assume therefore that funders think it reasonable to co-locate several people together in a house even if they have nothing in common other than their common experiences of vulnerability.
Being blighted by these circumstances, the practices in such settings have indeed been far from personalised, and have left the recipients with day-after-day of passive sameness.  And for some recipients this is likely to have contributed to the emergence of ‘behaviours of concern’ to express their discontent or to otherwise break the monotony.  These in turn have resulted in yet tighter arrangements still characterised by unrelenting sameness but with now with even greater restriction.  I don’t know about you, but I can imagine developing a rich repertoire of ‘behaviours of concern’ if my days were characterised by doing nothing in a house with people I didn’t choose to live with or be supported by.
And so emerged the methodology of Active Support, to somehow break the cycle of the passivity, the sameness, and the associated consequences.  Given it is a methodology that appears to have at its heart a focus on the person and her participation in daily life, It is perhaps of little surprise that Active Support has delivered positive results in the lives of some people living in group settings.
If so, it is encouraging that some support agencies are growing their capacity in this methodology.  But if the service context is shared living (such as group homes), then this fact must place constraints on the range of things that the person can be actively supported to do, because of the staff support model and because of the inescapable need for compromise that comes with sharing a house with people.  So just because we apply a methodology like Active Support and get positive results, it should not lessen the need for ongoing enquiry into how it is that a person living with disability should have to endure group home living. 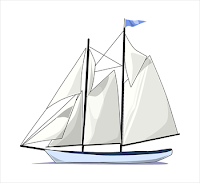 Next, let us look at lifestyle context.   My hunch is that the Active Support methodology is most often applied to those tasks that are often summarised as ‘activities of daily living’.  This includes things like personal grooming/healthcare, laundry, food planning and preparation, housework etc.  These tasks are necessary for all of us, and without attending to them we make it harder for ourselves to accomplish other things we are interested in.  However they do not in themselves represent the pinnacles of our daily achievement.  While some of us may have a cleaning day each week, such work does not epitomise the meaning of our daily lives.  We do other stuff – like work, leisure, education, fellowship – and these activities, and the meaning we each attach to them, are much more likely to characterise our ongoing journey of personhood and citizenhood.  If the only activities attracting Active Support are those to do with household tasks, then we are creating a fiction that the lifestyles of people living with disability amount to personal and domestic tasks and not much else.  This faulty, centuries-old attitude already prevails in many parts of our community without support agencies then adding to the myth.
Therefore, while it is inherently sensible to assist a person to grow her capacity in personal and household tasks (an important rite of passage for anyone moving into adulthood, as any parent of teenagers will tell you), support agencies need to attend to those other activities in a person’s daily life that will visibly place her in roles that are valued by the wider community.


Finally we can think about the organisational context.  The implementation of Active Support is characterised by a training program on the skills and documentation involved, which are then introduced into the service settings.  However, if this is all that happens, then this approach will not necessarily change the nature of the relationship that the staff person has with the person being assisted, and the person may still be viewed as a recipient rather than a partner, which is the opposite of what the Active Support methodology seems to be about.  It may also be viewed as a burdensome bureaucracy by some staff.
To avoid this, the organisational context needs to include a heavy dose of values-driven leadership, where everyone in a leadership role believes in, and consistently upholds in their practice, a deeply-held value that the person living with a disability as an active partner in their own support and is the architect of their own lifestyle.
If an organisation feels, thinks and acts this way, then there is more likely to be authentic environment for personalised support.  If so, Active Support is just one in a range of person-centred methodologies that can be intentionally applied to assist the person to towards a good life, and always with a deep commitment to the person’s humanity and worth.
Posted by Robbi at 1:49 PM