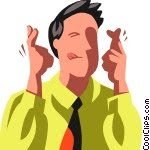 Early Intervention is an important principle, even though I’m not a big fan of the word ‘intervention’ and would prefer something like ‘Early Investment’.  If delivered well it in can assist children living with disability and their families to establish and build critical capacity, get on the ‘front foot’ in life, and move towards a hopeful future.
To which, on 29 July the Australian Labor Party announced up to $12,000 of early intervention services would be available to each child aged 6 or under with certain types of disability.  The annoucement is here.  This is apparently in addition to new Medicare rebates that are also designed to assist with the costs of early intervention services, creating a total package of $122m over 4 years.
It strikes me that here is a fine opportunity to offer these funds as an Individualised budget, where each eligible family gets their indicative allocation of funds and can then shop around for the services and supports they feel will be most helpful to their circumstances.   Based on the current announcement, it’s not clear to me how the funding actually will be administered, though the ALP mentioned the establishment of a preferred provider panel.  Such panels can be something of a double-edged sword.  On the one hand, they provide a shortcut to service agencies that have been accredited in some way.  On the other hand they limit the horizon, because if a type of service that someone wants is not on the menu of the agencies on the provider panel, then it can’t be bought.  This means that for at least some families we are curtailing the possibility of crafting a truly personalised solution.
Interestingly, the Medicare rebates afford some choice and control to a family who presumably can shop around for the Medicare-registered provider agency that will work best for them.   I assume that there is an accreditation process involved in becoming a Medicare-approved agency and again this might exclude some agencies and the associated choices available to families.
Also on 29 July Labor announced $1 million for projects that support employers to hire and train people living with disability.  You can read the announcement here.  On the face if it this is a step in the right direction.  People living with disability are underrepresented in Australia’s workplaces, and I’m supportive of any initiative that assists more diversity in the workplace where people living with disability are viewed as valued colleagues alongside non-disabled peers.  But in an economy of around 14.5 million Australians of working age (my estimate based on 2007 figures from Australian Bureau of Statistics), we need to think about how far that $1m will actually go.
Try this back-of-the-envelope analysis.  Let’s assume that 20% of adults of working age live with disability – around 2.9 million. But many of these people will have types of disability that don’t present major barriers to employment.  And some people living with disability are already in employment.  So let’s assume that the adults living with significant disability are those who have registered with their state/territory disability services.  In South Australia I’m guessing this is around 12,000 people.  But some of these people will be employed with mainstream employers.  So I’m going to assume that 2000 of these are outside mainstream employment – I’m not sure if I’m being wildly optimistic here but in any case it will make the back-of-the-envelope maths easier.  So I’m assuming 10,000 people in SA are living with significant disability and currently not in mainstream employment.  Let’s scale this up nationally (SA being around 7% of the national population), which gives us around 147,000 people.  So this is the ‘eligible’ population for assistance into mainstream employment.  And there is $1m available.  So that’s $6.80 each.
The point here is not to diminish the intention behind the announcement, or to be ungrateful for the $1m, or to understate the potential for the announcement to make at least some mainstream employers think about workplace diversity.  My point is that more funding may be needed to truly make a dent in the issue, and such funding should be part of a broader push to ensure all Australian employers include (and celebrate) people living with disability in their workforce.
By the way, prior to my moving to Australia I had encountered an organisation based in Chatswood NSW called Employers Making a Difference, who recently changed their name to Australian Network on Disability.  If you are interested in exploring how people living with disability can be supported into open employment opportunities through an "it's good for your business" mindset, they have useful information on their website here.

Third installment of 2010 Election Promises will be early next week.
Posted by Robbi at 11:57 AM