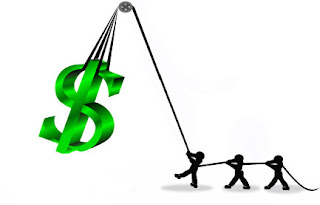 On 29 July the Australian Labor Party announced $60m capital funding to create up to 150 additional accommodation or respite places for people living with disability, signalling this was a modest increase on current arrangements.  Click here for the announcement.
If the policy is implemented by the next government, community organisations can apply directly to the Commonwealth government for capital grant funding, so long as they can demonstrate they have attracted funding from elsewhere to meet the costs of the ongoing support needs of the people living in the housing.  The ALP’s emphasis is on “innovative, community-led projects”.
Given that there is nothing innovative about groups of people living with disability being coerced to live together in group homes, which tends to happen  because of general restrictions on the amount of funds available for personal support, and/or because of a lack of imagination, the optimist in me is hoping that the ALP has something different in mind when talking about ‘innovative’, and 'community-led'.
Meanwhile, the next day, 30 July, the Liberal Party finally broke its silence on disability issues (unless I’ve missed something in the media – do tell me)  and announced what it would do as government to assist students living with disability.  Click here for the announcement.
In pointing out that many students living with disability have limited choices about which school to attend, and that any funding support is directed at schools not the student, the Liberal Party’s proposals include an initiative called an Education Card, worth up to $20,000 and fully portable.  The Card would mean that the student and her/his family would presumably be able to exercise greater choice about which school to go to, because the family and student have genuine purchasing power by virtue of the value of the Education Card.
I imagine this might make it more likely that the student could choose their local school, or the school that most of their local friends are attending, or the school that excels in a particular area of study/activity that the student is interested in. In other words, the student would get the same choices as her/his non-disabled peers.  In which case, it seems the Education Card, depending on how the scheme is designed and implemented, could carry some of the features of Individualised Funding (refer to previous postings on this blogsite).  If so, this would be a very encouraging development for people living with disability and their families interested in having more say about what they can access.  It is a further example of how the ideas within Individualised Funding can help create a climate where truly personalised solutions might emerge.
I remind myself that, as always, a good idea is at its most vulnerable when it’s being implemented, so we will have to wait and see if and how such an initiative is designed and implemented.  However, at first glance it offers promise for young people like the student I remember at a local primary school who enjoyed a typical primary school education experience in a welcoming school alongside other local kids.  But when it came to the move from primary to secondary education, he somehow got placed at a 'special' school just for students living with disability, two bus rides away. I doubt such an arrangement will be helpful to him in maintaining connection with his friends from primary school, or in developing new acquaintanceships in his local community.


I don’t doubt that he may enter valued friendships at the ‘special’ school.  But why should we assume that a person living with disability can only enjoy friendship and fellowship with other people living with disability.  My concern is that the shift to a special secondary school is making it more likely that this student is being set up for an adulthood of separateness, destined to learn, live and work alongside only other people living with disability.
With portable support funding in place, it’s just possible that this student could have chosen his local neighbourhood high school or another welcoming mainstream school.  In such circumstances he might perhaps have had a better chance of maintaining and further developing his fellowship with his local friends from primary school, make new acquaintanceships with students from a variety of backgrounds, and perhaps have had a better chance of emerging into a richer seam of opportunities as an adult, from a childhood characterised by inclusion, not by the badge of ‘special’.
Posted by Robbi at 4:34 PM