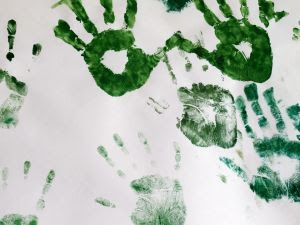 In South Australia there has been media attention on the living conditions at the Strathmont Centre, one of the few remaining 'older-style' congregate support facilities in South Australia (as distinct from 'newer style' congregate support facilities such as community-based group homes).  Following this attention, the SA Government minister for disability, the Social Inclusion Commissioner, and others, visited the venue and confirmed that the venue is severely run-down and anything but homely.  Most recently, the SA government has released an evaluation report that examined the circumstances of the first thirty people to leave the Strathmont campus as part of a project initiated in 2005. Echoing a plethora of similar reports elsewhere over the years, this report identified a number of helpful benefits that emerge when people move away from large congregate care facilities.
When such material becomes public, it presents the opportunity for commentators to give their views, and often these views focus on the matter of 'institution versus community'.  Some commentaries also include assessment of those who hold different views.  For example, I have witnessed assertions on the one hand that the salaried professional advocates, experts and academics don't know what it's really like to be, or to support, someone living with severe disability, and on the other hand that people who believe in the merits of congregate settings are misguided and pushed to that rose-tinted view by an uncaring system that leaves them exhausted, frustrated and desperate.  Such views can often be taken personally and can drive some people to hold on to their particular position come what may.  This may not advance the life chances for people living with disability.
It may help to take a moment to focus on the two main differing points of view in this debate.  These are, (1) that congregate services (institutions big and small, including 'villages' and group homes) are places that will always struggle to offer truly personalised supports and that people should have a life in the community, and (2) the opposite view, that community is not working for many, who are unsupported, isolated and lonely, and that well-run congregate services can give those people belonging and fellowship.
Even with the advent of the United Nations Convention on the Rights of Persons with Disabilities, this division of view has remained.  Supporters of community emphasise the UN assertion of inclusion, on the basis that presence and participation within the wider community will bring people into richer lives.  Supporters of congregate services emphasise the UN assertion of choice, on the perception this includes the right to choose to live with others in a congregate setting. 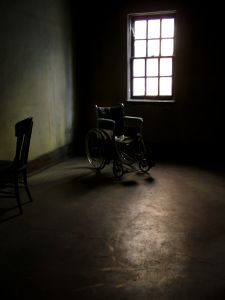 The focus of the debate is about where people live and the support they receive there.  The aversion to congregate services comes from a concern that such places remove people from community and render them more vulnerable to reduced choice, making it harder to connect into ordinary relationships with other citizens in the community, and increasing the risk of neglect and abuse.  There have been many reports that have uncovered such problems, often through highly troubling accounts of people's experiences.

In contrast, the aversion to community services comes from a concern that 'idealists' want to place people into communities that don't want them or otherwise don't adequately support them, which leaves people in lonely, isolated and unsupported settings, making it harder to connect with other people living with disability, and leaving their families to pick up the pieces.  I am again aware of the stories about when community supports have not been thought through properly for a particular person.
For me, the bottom line is this: if we want to see people living with disability move into a rich, valued life, then we are failing many people regardless of their service setting because people are not getting properly designed, personalised, responsive services.  It may help, therefore, to avoid the tendency to argue a particular position about service setting, and instead look at the underlying interests, because therein lies the possibility of a meeting of minds and hearts.
For example, I can easily imagine that wherever people place themselves in the debate, there will likely be agreement about what we don't want for people living with disability. May I suggest the following: we don't want people to be diminished, neglected, abused, lonely, or their life potential wasted.  Hopefully you agree.  If we can agree we don't want such things to happen, then we are likely to agree that this must be reflected in a person's support arrangements.
Following on from this, we might, as concerned fellow human beings, find agreement on what do want for any particular person living with disability. For example, some of the things we might find it easier to agree on are that the person is happy, is welcomed by our community, that the person has and makes genuine choices, that the person keeps learning and growing throughout their life, that the person is loved for who they are, that the person is inherently valued by their neighbourhood and community as a human being.  Hopefully you agree.
For all of these, there will be people who say they can reliably be delivered in community settings, and there will be people who say they can reliably be delivered in congregate settings. So how might we assess this?

Well, let's look again to the United Nations.  The Convention on the Rights of Persons with Disabilities is an attempt to codify such interests, to formalise the expectation that every person living with disability gets a fair go at a decent life.  Naturally this includes choosing where to live, and who to live with, but it includes so much more, setting out clear expectations about people's active roles in community life, and of belonging in society.

An additional problem with congregate services, however intense the efforts might be to genuinely personalise the supports therein, is that their nature creates stigma, where the wider community, the other folk in the neighbourhood, view the service as 'special', as something 'other' than an ordinary household, and conclude they themselves have no significant role to play as neighbours, acquaintances, friends, that their involvement is not needed because the occupants are being cared for.  Some local people might get involved but this is often in a more formal way, as a 'volunteer', with a role description and a reporting relationship.  This is not the same thing as being a welcoming neighbour and fellow citizen.
Perhaps the biggest issue that leads people to want congregate supports for their loved one might be their belief that the wider community is not interested in the lives of people living with severe disability, that it doesn't care, and that true inclusion is pie-in-the-sky. In which case, the congregate service is viewed as a safe harbour, a sanctuary from an uncaring world, a refuge from fighting a battle can never be won.
I understand how it is that some people can arrive at this view, but there is a deep irony here, because any lack of interest or welcome from the wider community has in no small part been created by the fact that many people living with significant disability have received services that have taken them away from ordinary community life.  And each time we set up a new 'village' or group home we are reinforcing this.

I refuse to believe this is how it has to be.  Communities are founded on, and sustained by, a sense of mutuality, of fellowship, of interdependence, of belonging. We all have inherent value as human beings, which means we all have a place in our community, by our presence and by our participation.  If we believe that people living with disability have inherent value as human beings (and to not believe this would be to see people living with disability as something less than human), then we need to find ways to make sure each and every person is welcomed and included in the life of our communities.
There is therefore an urgent need for a stronger way of understanding and measuring the essence of choice and the essence of inclusion, so that people's support arrangements can be properly held accountable, and replaced if they are failing people.
However, achieving this means a level of activity that is far beyond the consideration of where someone lives.  This predominant consideration sells people short, either by separating them into congregate service settings that cocoon people in a dubious artificial world that is ultimately wasteful of that person's life and their inherent value, or by placing people into community accommodation and wrongly assuming that such a move by itself will take people into a richer life. 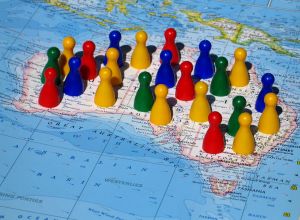 The answer lies in the proper attention to personalised supports, in the context of an ordinary valued life, and in creating the circumstances where the person has a growing personal network of people who give their time freely, not as 'volunteers' but as friends, acquaintances, associates, fellow citizens with an authentic regard for the person. This is not pie-in-the-sky, regardless of the degree of disability a person lives with.  I've seen it.


After 25 years of working in human services in a number of countries, and witnessing the experiences of people living with disability who are dear to me, I am absolutely convinced that good, authentic personalised supports are much more likely to take people into a rich, valued life than less-personalised congregate supports.

If we want the best for people living with disability, then we must strive for authentic personalised supports, anchored on people's inherent value as human beings and a vision of an ordinary valued life.  We have to sharpen our imagination and redouble our efforts so that our communities uncover and uphold this inherent value.  Otherwise, it will remain the case that many families are left to cope without adequate supports, and that many people living with disability remain in a world of institutional thinking and at risk of being treated in ways that suggest anything but 'support' or 'service'.
Posted by Robbi at 1:40 PM