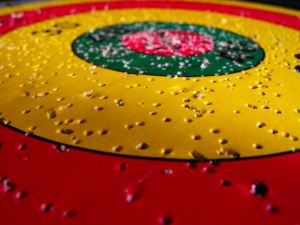 As many readers of this blog might know, Individualised Funding has been gaining momentum, among other places, in the United Kingdom.  having had the chance to see the methodology road-tested in a number of areas around the country, the UK Government made a strategic commitment to Personal Budgets and there is an expectation all local authorities in England transform their social services arrangements so people have the option of a Personal  Budget.

A target was set, that 30% of eligible adults be in receipt of a Personal Budget by the end of March this year.

An Association of Directors of Adult Social Services (ADASS) report published last month by UK-based Think Local Act Personal Partnership shows this target has been reached, with nearly 340,000 adults accessing a personalised budget.  This represents more than one third of all eligible adults, with the highest number of personalised budgets going to older people.

No doubt spurred on by this momentum (which included the figures doubling in the last 12 months), a new target has been set, where 100% of eligible adults have access to a personalised budgets by 2013.


Also at the end of last month, UK Charity In Control Partnerships and Lancaster University completed their report on the experiences of 2000 people using a Personalised Budget. The survey found that personal budgets had an overall positive effect on people's lives, notably in terms of being supported with dignity and respect, staying as independent as they want to be, being in control of their support, and getting that support when they need it.  Similarly, family members reported benefits in terms of more support, better life quality, and increased well-being.

What is also clear from the report is that people's experiences varied depending on the approaches that local government took in their area.  For example,the degree of positive impact was affected by the following:

What we can take from this is that a personal budget can make a difference, but that this is not guaranteed.  Two issues come to mind.  The first issue is that local authorities vary in their approach, depending on whether they think their glass is half-full (as in, "look at the possibilities for assisting people to have really personalised supports") or half-empty (as in "how do we make sure the money doesn't get stuffed up").  from where I sit, it looks like you have a better chance of budget flexibility and greater informed choice, and therefore better outcomes, if your local government is really engaged by the possibilities of a personalisation methodology. 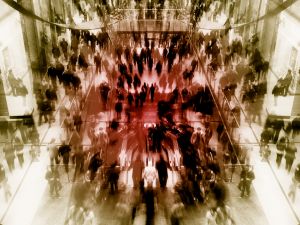 The second issue is one of scale. The earlier work in the UK on personal budgets was conducted on a relatively small scale, in terms of the number of people involved.  Now that national targets have been crafted, there is a sense of haste to get a large number of people onto personalised budgets; just in the last 12 months, 170,000 people were signed up to a personal budget. That's a stampede, and one that is set to continue for another two years.  Under such circumstances, the challenge is to maintain an authentic personalised approach, otherwise it just becomes a numbers game where people are rushed through a series of pseudo-choices so that a package can be signed off and a box ticked.  And that's how a really important idea can be stuffed up.


"A good idea is at its most vulnerable during implementation".
So let's make sure the targets we set don't obscure our view of the true outcomes.  The target that everyone has access to a personal budget can be a potent building block for personalisation.  However it is not the outcome in and of itself.  The outcome is more likely to be that each person gets a fair go at an ordinary valued life. In the rush to hit target, we may miss the point of its existence.
Posted by Robbi at 2:42 PM