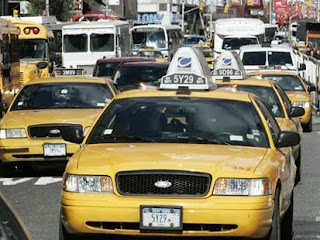 Take part in our taxi survey - the link is at the end of this posting.

Folk tuning in to the South Australia media in the last few weeks will be aware of coverage on accessible taxis.  Once again stories emerged about people having to wait an age before their cab shows up, with Christmas again the number one hotspot where people have to join a waiting list to see if they can get to Christmas dinner with family and friends.
in response, South Australia Transport Services Minister Chloe Fox's office said there would be a few more accessible taxis available this Christmas compared to last, and that any one left on a waiting list will get their ride by ‘doubling up’, presumably with someone going roughly in the same direction.

This was followed up by an announcement that all available accessible taxis would be on duty on Christmas Day, together with accessible buses on all routes (though it wasn't clear from the announcement if this means every bus on every route will be accessible, or whether at least one bus on each route, at some point during the day, would be accessible), and four minibuses.
This is a helpful response to the concerns people have about Christmas Day this year, and I have little doubt that those in Government directly concerned with this issue will attempt, with every good intention, to reduce the risk of people having to miss out on Christmas festivities because there isn’t a spare access taxi.  However, these earnest efforts will not resolve matters properly, because the Christmas Day pressure is not the problem, merely the most extreme symptom of the problem.
The problem is straightforward - the taxi fleet in Adelaide is not accessible.  If it was, we wouldn’t have this issue on Christmas Day nor at other peak times (and there are peak times every business/school day).  There are over 1000 taxis licensed in the Adelaide metropolitan area.  Of these, 97 are licensed access taxis.  That’s less than 10%.
The effect of this problem is simple.  Whereas a non-disabled passenger can use any one of the taxis in the fleet, including the access taxis, a person with mobility support needs cannot.  One can use 100%, the other can only use 10%.
If a flock of interstate visitors were stuck at Adelaide Airport all Christmas Day due to a lack of taxis there would be outrage at such slack treatment.  I imagine there would be a review, and measures taken.

Why should it be any different for people living with disability?
This unequal treatment of people is unacceptable.  Coincidentally I blogged on this a year ago (click here to read) and very little has changed.  The United Nations Convention on the Rights of Disabled Persons has Accessibility as one of its six core principles.  Accordingly, the Convention goes on to assert that parties (this includes Australia and by association its states and territories) undertake:
b) To take all appropriate measures, including legislation, to modify or abolish existing laws, regulations, customs and practices that constitute discrimination against persons with disabilities;
The current taxi arrangements in Adelaide (and, I assume, South Australia generally) are discriminatory.  Through ratifying the UN Convention our government has signed up to do something about it.  The periodic limited release of additional access taxi licenses will not resolve the underlying discrimination and therefore is not an adequate measure.  Nor is the suggestion that people ‘double-up’.
If a city the size of London can achieve a fully accessible taxi fleet, then Adelaide, indeed any town or city in Australia, has absolutely no excuse.

Purple Orange has placed a survey online (you can click here to go to it) for people to give feedback on their experiences with taxis.  Please take the time to give us your feedback.  If the current system is fine and dandy, tell us that and we’ll pipe down.  But if it’s not, please share your story so that we can amplify the issues and seek a government commitment to a genuine solution.
Posted by Robbi at 12:12 PM