ABC New Inventors show: how to snatch defeat from the jaws of victory 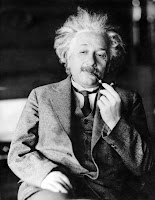 The ABC's New Inventors show (for their website, click here) was on last night, and this week they were running a 'special', funnily enough on the topic of disability.  For the uninitiated, the New Inventors format is a studio show where three different inventions are showcased each week before a panel of three judges.  At the close of the program the judges do what they're there to do, which is to judge and determine a winner, who then goes on to be considered for the Inventor of the Year.  Viewers also get the chance to be involved, by each week voting for their favourite invention of the three, an award called the People's Choice (usually prefaced by a phrase that is something along the lines of, 'did the judges get it right?  You decide').
So that's how the show works.  Occasionally they have 'special episodes' where the inventions cover a common theme.  The previous special was on firefighting, and this time it was looking at inventions that speciflcally relate to people's experience of disability.
The ABC started well, by titling the episode 'Access and Ability'. Very affirming, focusing on the positive.  The language used throughout the episode was also affirming.  Bravo ABC.  Also, the three guest judges all had a personal experience of disability.  Well done again, ABC.
Things were going so well.  The three inventions were showcased - one covering an adapted dune buggy that could be entirely hand-controlled through an accelerating and braking steering wheel, a second invention involving open source, totally portable, screen-reading software, and the third invention involving a lightweight, no-axle manual wheelchair that is designed to also be used as a shower/toilet chair - and there was much useful commentary about the aspects and considerations in each case.
And then the show ended.  Without the judging.  What was that about?  I went to the ABC's live forum (to go there, click here) which was running after the show and where anyone can put a question or comment about program content.  Sure enough, someone had raised a query about how come there was no judging.
The ABC moderator replied by saying that,

"the New Inventors specials are about showcasing innovation in particular areas and are not part of the regular competition. All inventions featured as part of the special undergo the same rigorous research and checks, but are not in competition for the 2010 Inventor of the Year."

The immediate practical question here is, why not?  Just because they have a theme show, the inventions are still inventions.  There is still the rigorous research, the rigorous checks.
So of course, someone points out the effect of the ABC's approach is to exclude.  To which our ABC moderator replied,

"as stated earlier The New Inventors specials are about showcasing innovation in particular areas and are not part of the regular competition. This has been the case for all inventions featured in our previous specials such as 'Disaster', 'Fighting Fire' and 'Future'. All inventors were aware of this before they agreed to appear on the program."

In repeating the same point, the moderator has missed the real point that was made, that the effect of their approach has been to exclude, to inadvertently reinforce the stereotypical view that the topic of disability lies outside the mainstream.  And so what if the inventors were aware of the no-judging' before they agreed to appear. What inventor would turn down the opportunity to showcase their invention on prime time television?  Their understandable assent to the special format does not make the format ok.
As I said last night on the live forum, I don't think the ABC moderator's reply is enough.  The program was going so well, and then the ABC snatches defeat from the jaws of victory by not having a winner.  The winning inventor does not therefore get the opportunity to compete for the Inventor of the Year, and so there is no more exposure for the 'access and ability' theme and invention, which in turn means no further opportunity to educate a willing public (well at least that part of the public who are enthusiastic viewers of this program) about the practicalities that can assist a person living with disability to get a fair go at what life has to offer.
Also, by not having a moment of judging, there was no corresponding Peoples Choice award, the chance for a multitude of viewers to give further thought to the inventions and consider which one they thought was particularly strong. What an opportunity to keep the theme of 'access and ability' uppermost in people's minds for a little longer. What an opportunity lost.
I can hope that the ABC didn't intend to be so patronizing, but that is the unfortunate effect.  This omission serves to reinforce the idea that people living with disability (and topics that are relevant to their lives) are to be treated differently from everyone else. It even diminished the guest judges, by not giving them the opportunity to make a judgment (isn't that what a judge is meant to do, or is this just pretend-judging for folk living with disability?).
The ABC may indeed have rules about program 'specials' but in this case there have been unintended, adverse consequences that warrant further reflection by the ABC. 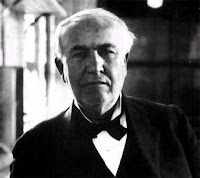 In closing, I don't want to totally bring down the ABC's efforts, because it was good to have a program that placed 'access and ability' front and centre.  It's just that such good work can so easily be squandered.  Apparently, the inventor Thomas Edison said that,

So maybe the ABC can rightly be applauded for having the inspiration to do this particular show, and can rightly be counseled for not putting enough perspiration into the details.
Posted by Robbi at 3:42 PM

Email ThisBlogThis!Share to TwitterShare to FacebookShare to Pinterest
Labels: media