Not-For-Profit? Then what? Part Two

This the second of two related blog postings arising out of my attendance last week at the 'Future of Not-For-Profits' forum organised by Anglicare SA and Flinders University.  In the first posting, I focused on the 'who', by talking about the beneficiaries of not-for-profits, and the importance of ensuring that any conversation about the future of a not-for-profit entity should involve those people for whom the entity exists.
This second posting now looks at the 'what' of not-for-profits. So let's not beat about the bush.  I'm going to attempt an answer to the question posed in the title, If not for profit, then what?

As was pointed out by a participant at the forum,  it seems strange to label a whole class of organisations using a term that's negative.  The term 'not-for-profit' explains what the entity isn't , not what the entity is.  At the forum, the speaker from the Productivity Commission pointed out that finding a term that worked for all the different types of entity was a challenge, because every proposed term seemed to attract concern from someone that it didn't quite convey what they were about; terms that seemed to work for community services didn't necessarily work for the arts, which didn't necessarily work for environment and conservation, which didn't necessarily work for sports, and so on.
However, I think there is a term that can work.  Before the reveal, let's be clear about who we're talking about.  We're not talking about government services (the government sector), and we're not talking about any enterprise that is primarily designed to deliver a financial return to its owners (the 'for-profit' sector).  We're talking about everyone else, where the enterprise is designed to deliver a benefit that is not about financial profit (hence the current term, 'not-for-profit' sector).  Sometimes the phrase 'third sector' is used.  However it has limited utility, because it simply says that a 'third' sector' entity is not  government and its not pursuing financial profit.  It doesn't adequately convey role or purpose.
I therefore believe that not-for-profit agencies be called social profit agencies instead (this is not a brand new idea, as you'll find if you tap the phrase into an online search engine, though it is something that I have written about elsewhere a decade ago).  Profit is a good word because it emphasises a gain, so why deny it in the name.  It's simply that for such organisations, 'profit' is not primarily measured in financial terms.  It is measured in terms of the benefits (the gains) to the recipients or members, be such benefit a community service, new skills, sports participation, artistic excellence, conservation, neighbourhood or cultural or spiritual affiliation, and so on.  All of these endeavours are intended to yield a benefit or gain to the target beneficiaries.  Hence they represent a social profit.

To me it seems to fit the wide range of not-for-profit' enterprises I can think of, so why not use it, at least until something better comes along.  Also, by shifting from 'not-for-profit' to 'social profit' we place emphasis on the benefits the organisation is trying to deliver, and to whom.  This in turn demands social profit agencies be crystal-clear on such matters, and how the organisation's impact might primarily be measured; not in terms of money received and managed , or the numbers of clients served, or the numbers of services and staff, but in terms of the difference these efforts have made - their impact on people's lives.  The social gain. The social profit.

It is important for agencies to think about their intended social profit, to state it clearly, and then to check to make sure that none of their current or proposed activities are working against that social profit.  For example, there is little use in talking about the social profit of inclusion if the agency then runs activities that exclude people from community.  Similarly, there is little use in taking about the social profit of choice if the agency doesn't provide much real choice.  Far better for agencies to be honest about what they are prepared to deliver.  That way, people looking for support can shop around and reduce the chances of disappointment. 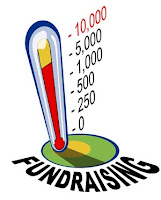 Fundraising also needs to be audited, once an agency has clarified its intended social profit.  For example, in my life so far, I have encountered many agencies that couch their goals, their social profit, in terms of ideas around people having choice, living lives that are full of windswept interest, and being active citizens. And yet, when such agencies engage in fundraising activities (in pursuit of sustainability of course) they have a disturbing tendency to portray their intended beneficiaries, for example people living with disability, as objects of pity, whose wellbeing critically depends on Joe Public making a regular direct debit donation or dropping a coin into a collection can.

This drives me nuts, for two principal reasons.  First, if an agency's stated goals, its intended social profit, are in some way about supporting people into a rich, active life, then the agency does its beneficiaries a profound disservice by then portraying them as people who are not capable of achieving or sustaining this unless someone ponies up some money. It's easy to present people living with disability as suffering, struggling, as a focus for pathos, because of course this makes it more likely that Joe Public will give money.  But in so doing, we are training Joe Public to assume that people living with disability cannot be successful without such patronage.

The second big problem with this is that we are training Joe Public to believe that giving money is the only thing that needs to be done to make things better, that his/her role in fixing the issue starts and ends with giving money.  This is a mistake, and a catastrophic one at that.  Money does not guarantee people a good life, especially if it is then used, ironically, to provide services that work against the intended social profit.

To truly assist people into rich lives, our neighbourhoods need to be inclusive and welcoming so that people naturally move into lifestyles characterised by freely given association, by acquaintanceship, by friendship.  That doesn't necessarily come from people's money; it comes from people's time and people's mindfulness and people's heart.

This in turn will provide a fresh perspective on the issue of agency sustainability.