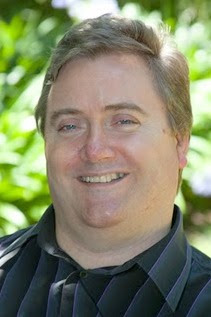 Shortly after I arrived in South Australia in 2004, I was introduced to Dr Paul Collier.  My first impressions were that this was a man with a very deep personal experience of disability, having lived with quadriplegia for over twenty years.  That this was a man who had a clear sense of what was possible (for example he had been supported via individualised funding when he was living and studying in the UK, and had found the experience entirely to his liking).  That this was a man with restless passion about people living with disability having the right to live a decent life, a good life. That this was an intelligent man, a charming man.
These first impressions never left me.
Paul was a smart guy.  His was no honorary doctorate.  It was easy to forget that Paul was an accomplished historian, given that many of us knew Paul mainly through his role as the disability activist.  As an activist, Paul would call it like it is, but my experience was that he did so always with a heartfelt courtesy and regard for people.
The more I got to know Paul, the less I was aware of his disability, because his person-hood always shone through.  Paul never spoke to me of his daily experience living with quadriplegia, and I remained entirely oblivious to the logistical challenges that must have shaped Paul's daily life.


Paul radiated an energy that was enduring, so much so that I was profoundly shocked to hear of his demise.  I figured he had many, many years ahead of him.  With his death, Paul is the latest in a number of fine people who have inspired me with their passion and perspective, and who have passed away with their vision largely frustrated.  It doesn't seem fair, and it makes me angry and sad.
Paul, I wish you were still here. You will be deeply missed by those who love you, and your voice will be deeply missed by those on whose behalf you spoke.
Rest well.
Posted by Robbi at 6:49 PM

Email ThisBlogThis!Share to TwitterShare to FacebookShare to Pinterest
Labels: vale